Working as main contractor, we delivered a high-quality Arts and Music centre which included classrooms, office space and circulation areas. Listening to our client’s needs

The academy wasprovided with funding to enable it to create much-needed new teaching space. We were part of the tender process for this project which involved providing previous experience as well as design and costings.

Following the funding being released we were appointed for the project and set to work on developing the design for this modular facility.

Working alongside the client’s agent we started to review the designs and understand further the clients requirements.

We quickly agreed a modular solution would be most suited to their needs and worked with them to develop the design to utilse the space available. A design in keeping with its surroundings

As the academy is situated in a residential area, the planning process was going to be tricky. The design had to be in keeping with its surroundings.

We worked closely with a local planning consultancy to understand what the local authority would deem acceptable from a design perspective.

We remained regularly engaged with the client and their agent to ensure they were up to speed with all project developments.

Once planning approval had been secured we agreed the most appropriate site logistics and site set-up plan. Particular care was taken as we were working in a live environment and needed to ensure we achieved a safe and secure site. 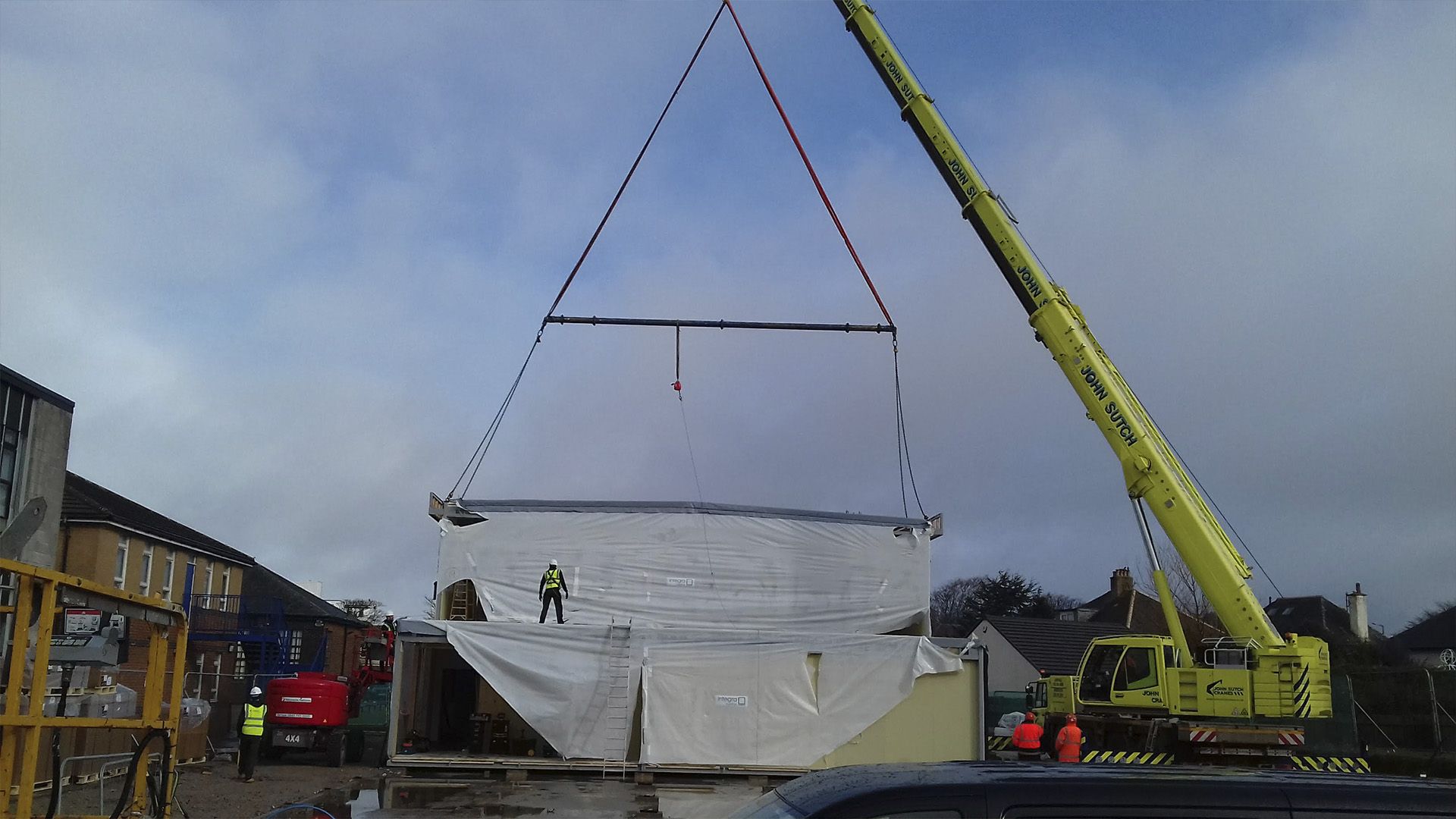 Modular units were craned off a flat back lorry and placed on site. Once the groundworks had been completed the modules were taken to site and placed in situ.

Our team quickly got to work with cladding the full exterior of the building, as well as carrying out the second fix to the internal areas. With this building method we found there was very little disruption on site and the final fixtures and fittings very quickly came together.

While the final finishes were being completed on the centre, there was additional demolition works in another area of the academy which we carried out.

Following the exceptional relationship we built with the client and their agent we were awarded a second project with the academ.

For us this project is the centrepiece of a much wider transformation project to create 21st century facilities at Morecambe Bay.

“The Arts and Music Centre has provided an exciting and innovative space for student creativity and one that will serve Morecambe children for many generations to come. We’re delighted with the finished product and the attention to detail that Collinson provided. It was a seamless project that was delivered incredibly quickly.”